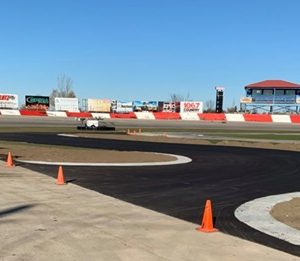 We are please to report the track updates have been completed and include adding a chicane to the front straight, 3 entirely new corners, Formula 1 style curbs, and resurfacing of tired turn one.  This addition of racetrack surface and curbing allows for multiple unique track configurations that we will be implementing into our series next season !      What a great way to celebrate the Club’s 40th Anniversary !

Below is the aerial view of the track showing the new paving additions and possible configurations with top left being our regular configuration since building this track. 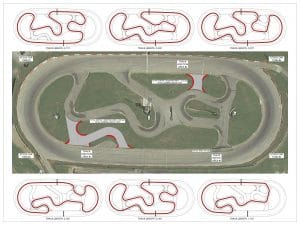 We are now accepting nominations for Director positions on the WRKC Executive board for the 2021 season.  We have 4 Director openings to fill this year.

Please email TJ Marshall – [email protected] with your nominations by Sunday, December 20th to be considered. All nominations must be accepted by the nominee as we don’t want people forced into a role they are not committed to fulfilling.

A Director is required to attend monthly meetings where we discuss finances, event planning, rules and regular club business along with taking responsibility for projects or events.   A director must also be a WRKC member in good standing or parent guardian of a member and thus become an associate member for the seasons elected.  Each Director is asked to commit to a 2 year term so that we don’t have to deal with the possibility of a full turnover of directors in any given year.  Six current directors will be entering into their 2nd year term and will remain on the executive for 2021. Those directors that have completed their 2 year term can add their names back onto the nomination list for the next 2 years. We will continue to accept nominations for WRKC Directors until Sunday, December 20th deadline, no exceptions.   President, Vice President and Treasurer will be determined by the directors with the first board meeting of the 2021 season.    Further details on the time and format of the AGM will be provided in the coming weeks.     An additional reminder will be sent out closer to the date.

Returning Directors for 2021 (completion of their term)