WRKC Kicks off their 2018 Season 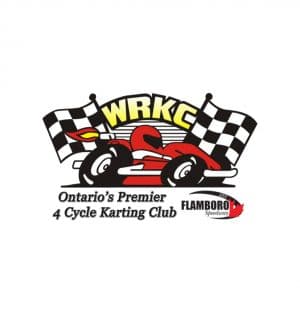 There aren’t too many karting clubs these days that can boast 37 years of pure history, but that is exactly what the Waterloo Regional Kart Club can say about their club and dedicated members when they hit the track in Flamborough, Ontario on Saturday, April 28th for driver training and then again Sunday , April 29th with open practice for everyone.

The Waterloo Regional Kart Club (WRKC) was founded in 1981 by Rob Good, Andre and Ron Demerchant. The WRKC is a grassroots division of karting sustained by a hard working Executive team and many volunteers from within the club and the community.

The first year the Club organized 5 races at Bingemans Park. In 1983 the Club moved to Erbsville Kartway in Waterloo. Returning to Bingemans in 1991 the Club continued to grow significantly, obtaining renowned status as one of Ontario’s largest and most competitive kart clubs.

In the fall of 2007 a dream was realized. With the support of it’s past and present members and hundreds of individual and commercial contributors, the Club began building its own race track located at Flamboro Speeedway. The future and a “home track” are now secured with a long term contract.

The Club races most Saturdays from mid April to Thanksgiving weekend in October. Over the years, the WRKC has raced at numerous different tracks for the points series including; Deleware, Flamboro,  Sauble, Varney, Barrie, Bingeman, Simcoe, Shannonville and Erbsville and for 2018 will be racing at the Hamilton kart club track located right on Hwy #6 south.

Many successful motorsports drivers coming through the Canadian karting ranks have made an appearance or two at the WRKC events over the years. The likes of Mercedes DTM and Sam Schmitt IndyCar driver Robert Wickens Canada newest star with a very impressive start to his 2018 debut , IndyCar driver James Hinchcliffe team mate to Robert Wickens for an all Canadian race team, Paul Tracy IndyCar Champion , NASCAR driver Pete Shepherd , Furniture Row Crew Chief Cole Pearn who also was a 3 time Canadian Kart Champion and lead Martin Truex Jr to his first NASCAR Championship , just to name a few of them.

The Waterloo Regional Kart Club would like to welcome everyone to the start of our 37th year as an organized kart club for the 2018 season. WRKC has spent the offseason working with our surrounding kart clubs to lock down their 2018 schedule while ensuring the least amount of overlapping events with our fellow kart clubs.

The 2018 season promises to be one of the best competitive seasons to date with many scheduled family activities throughout the racing season which will conclude as it always has with our Oktoberfest Grand Prix on Thanksgiving weekend.

So come on out and join in the fun on Saturday, April 28 Driver training day followed by club practice on Sunday, April 29. all ages are welcome and spectators are always Free.

More details about the race and application forms can be found on the http://wrkc.on.ca website. 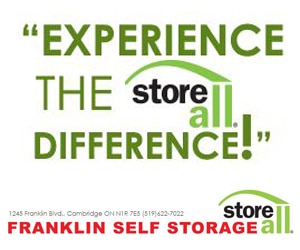